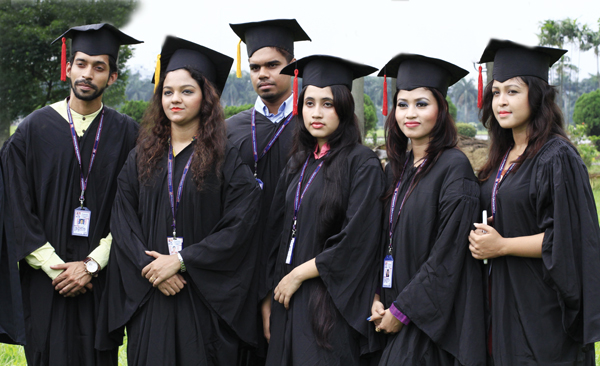 Primeasia University was ranked 9th among the top private universities in Bangladesh in factual category. Dhaka Tribune and Bangla Tribune conducted a survey on 83 private universities in the country and announced it on 10 November, 2017. Primeasia University has also got 16th position in the overall rankings and in the 20th position in the perceptual rankings of top 20 private universities in Bangladesh. The Dhaka Tribune-Bangla Tribune Private University Rankings 2017 considered two key components when assessing each institution on the basis of factual and perceptual data. The factual data was collected from the information the universities required to submit to the University Grants Commission (UGC) every year. The perceptual data was collected from respondents from the academic circle and employers in various organizations who took part in the study. The factual scores were estimated from data collection from the University Grants Commission report published in 2014 such as number of students, faculty, PhD holders and amount of research spending. The Perceptual scores were collected from academics and employers who scored the universities on factors such as the academic environment, infrastructure and quality of the faculty members and on the job performance and ability to take initiative and communication skills of the graduates. The Survey was conducted by Org-Quest Research Limited and it is the first of its kind in Bangladesh. The university ranking project was carried out under the supervision of an advisory committee consisting of education experts from various fields. In addition to Dr. Syed Manzoorul Islam, Professor of Dhaka University, the committee members are Monzurul Haqque, Chairman and Managing Director of Org-Quest; Zulfiqer Russell, Editor of Bangla Tribune; Sharifuzzaman Pintu, News Editor of Prothom Alo; and Syeed Ahmed, CEO of the Institute of Informatics and development.