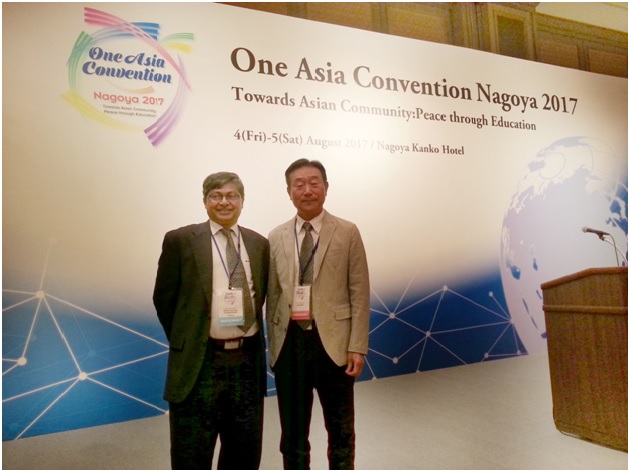 Prof. Dr. Abdul Hannan Chowdhury, Vice Chancellor of Primeasia University was invited by One Asia Foundation, Tokyo, Japan for attending two days conference held at Nagoya on 4-5 August, 2017. The theme of this year One Asia Convention was “Towards Asian Community: Peace through Education.” The program was sponsored by One Asia Foundation, Tokeo and supported by Aichi University, Nagoya, Japan.More than 600 delegates, representing 300 academic institutions from 31 different countries have attended in the program. Prof. Chowdhury was a former team leader of a project given by One Asia Foundation in Bangladesh to run a course on Asian Community: Economy & Culture during 2015-2016.